From pain to gain for Jodie

Excruciating pain and the frustration of an athlete unable to compete were the motivations for a business idea that’s catching attention in Dundee this week.

All through the week from Saturday May 18th to next Sunday, May 26th, Laxdale girl Jodie Sinclair (23) is showing her new business idea at the final year students’ degree show at the University of Dundee, having just heard that she’s been awarded first class honours in her BSc in product design.

Earlier this year, a new lightweight ‘smartband’ to be worn by people exercising after a sporting injury won Jodie an £1,500 prize in the art and design category of Venture 2019, an annual entrepreneurship competition. Part of that prize is a place on the MedTech development programme this summer, with a stipend to allow her to participate.

On Wednesday (May 22nd) she’ll be presenting her innovation at an international healthcare and life sciences conference in Dundee, with a chance of a further prize of £500.

Jodie’s new product is the tangible evidence of her determination not to let bad luck get in the way of her career. In 2014 she was just about to head off for her place at the University of Dundee after leaving The Nicolson Institute, when she fell off her skateboard and ruptured her anterior cruciate ligament (ACL).

The ACL is one of the two ligaments which connect the thigh to the shin and enable the knee joint to work. At the time Jodie was an active athlete, who’d competed for the Western Isles at the Island Games in Jersey and was looking forward to playing rugby and football at university.

Instead she found herself with an undiagnosed injury that, eventually, needed reconstructive surgery. From being an agile athlete and ready for anything, Jodie found herself in a very different position after the operation, as she told welovestornoway.com:

“I went for several months without diagnosis and then, after an MRI showed what it was, I had to wait a year for an operation. By the time I had the op my thigh muscle had completely depleted and, after surgery, I had to struggle to do exercises which I could have just done without thinking about before my injury. The exercises would work when I was with a physio, but when I was at home I felt like I wasn’t working the right muscle and nothing was happening. It was so demotivating.”

But from that experience Jodie invented her new best friend – Theo. “The idea stemmed from that – it’s a device you wear when doing repetitive exercise and the muscle sensors take one reading using all three sensors, linking with an app which gives live feedback showing muscle tension.

“After your exercise session it will show you a progress chart and over the weeks you will see how it changes. You can exercise with the sensors on the bad leg, then on the good leg, and the lines on the app will show you how you are moving towards normal function in the damaged leg.”

Initially developed for ACL injury, Jodie designed the Theo to be strapped around the thigh muscle. She’s also made a smaller strap to fit round the bicep, and she’s working to be able to afford lightweight production models.

With a display station at this week’s degree show and the news of her first-class honours award, she’s got prospects of still more exciting developments.

On Wednesday she’s one of four finalists presenting her idea at Pitch Perfect, an entrepreneurs’ competition that’s part of BioDundee, an international life sciences and health conference which starts tonight with a networking dinner at a five-star hotel.

The other finalists are all doctors, but Jodie has art and design and business production, as well as her own experience, invested in her idea. She’s also applying for two design internships – one in Austria and one in Italy.

None of that seemed like an option when she was lying in agony after a skateboard injury, but now she doesn’t even have time for football and rugby. “Life’s so hectic at the moment that I just can’t play, but when I have time, my fake ligament is now stronger than my real one!”

Pictures show Jodie following her shortlisting for the Venture 2019 award and her invention, Theo (Jodie Sinclair) 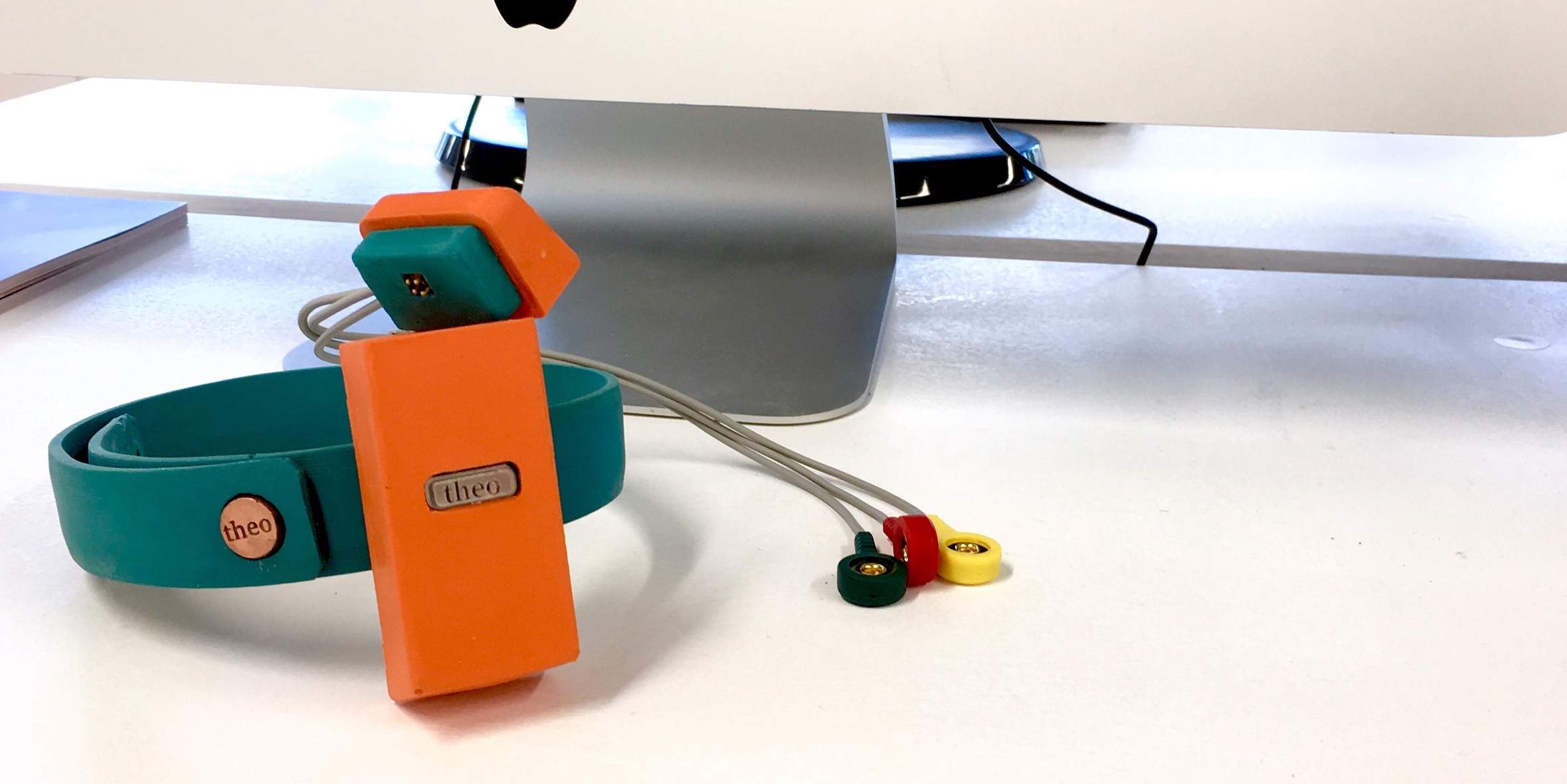