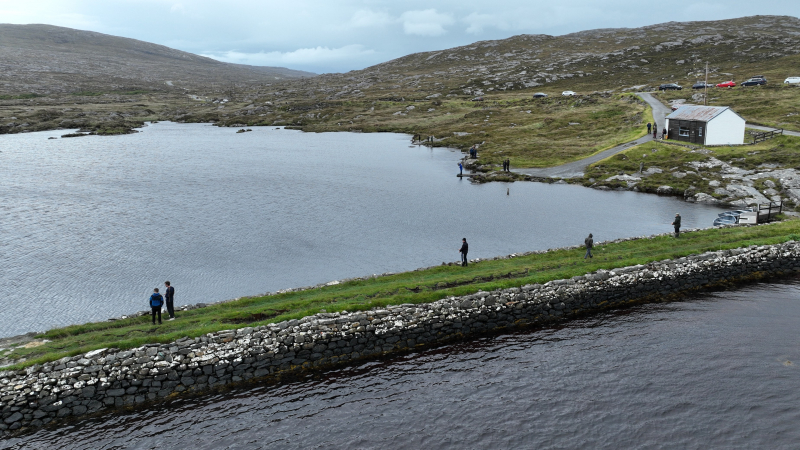 A historic Victorian dam on the Isle of Harris has been saved because of funding from Scotland’s salmon farmers.

The Fincastle Dam in West Harris was on the brink of collapse a year ago, but has now been restored to maintain a vital wild salmon run thanks to a fund which addresses the impact of habitat loss and rising river temperatures.

The structure, which comprises the western bank of Loch Fincastle and was built in the 1890s, is an integral feature of the landscape – supporting wild salmon whose spawning grounds are up the Laxdale River.

After the dam sprang a leak, the local wild salmon population was under threat.

Wild salmon and sea trout numbers have been in decline for several decades on both the east and west coasts of Scotland due to climate change and rising water temperatures.

As part of its commitment to the wider environment, the trade body for farm-raised salmon – Salmon Scotland – funds a £1.5million ‘Wild Salmonid Fund’ which is managed by independent charity Foundation Scotland. 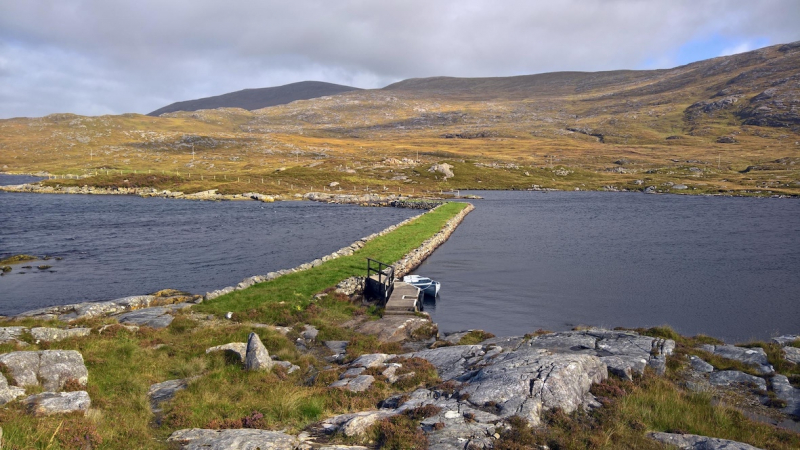 In May 2022, the Fincastle Dam project was awarded £35,000 by a decision-making panel made up of experts in wild fisheries as well as aquaculture.

The structure now has a steel spine down its centre which has assured the integrity of its wall and will support wild fisheries for future generations.

“The Wild Salmonid Support Fund offers a real opportunity for struggling fisheries in Scotland to protect and improve their precious wild salmon ecosystems and build community ties in the process.”

Tavish Scott, chief executive of Salmon Scotland, said:“The success of this restoration project is fantastic news, and will ensure this historic dam is preserved for generations to come.

“Salmon farmers have a shared desire to address the decades-long decline in wild salmon populations, caused by climate change and deforestation.

“By supporting community-led projects to restore our rivers and habitats we are playing our part in reversing the global decline in wild salmon numbers.

“Salmon farms are proud to be making this financial contribution, which shows what can be achieved when the money we create is reinvested in local communities and not sent to quango coffers in Edinburgh.”