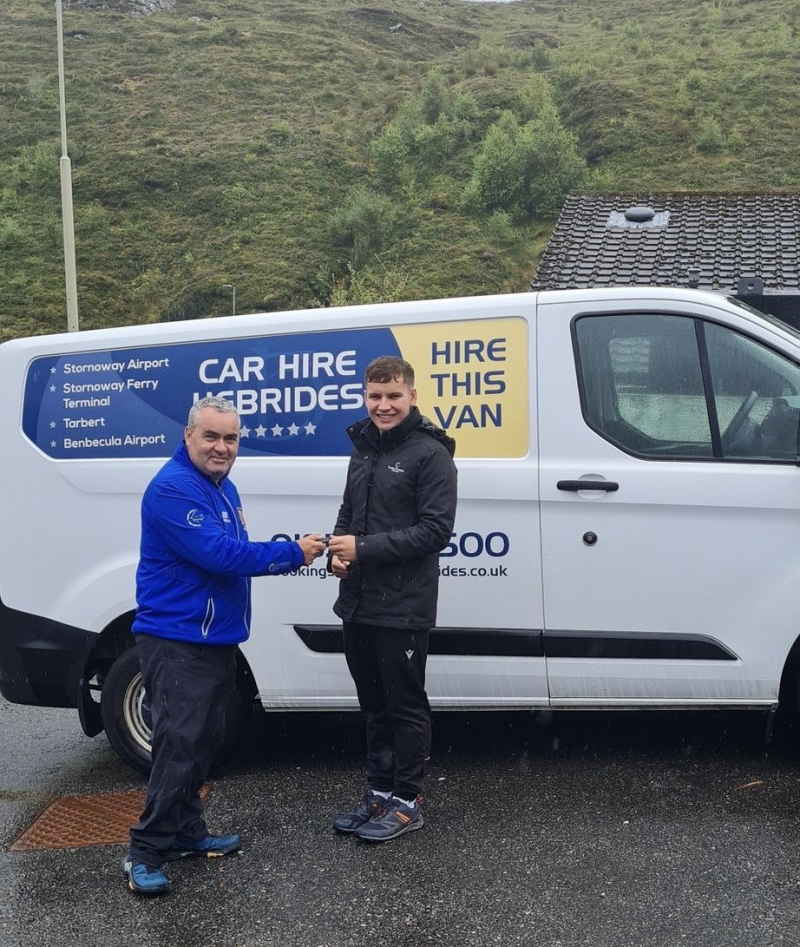 The Isle of Harris golf club’s open competition had to go ahead without anchor-man Kenny ‘Kuna’ Morrison yesterday (Saturday 13 August) as he headed south for an international competition.

The Phoenix Cup is a team international, which showcases the unique position of golf as one of the few sports where players of all skills and abilities can play together on a level playing field, because of the golf handicap system.

The four teams – from the USA, Scotland, Wales and England – are competing with players of a wide range of ages and disabilities.

Kenny said: “I would normally have been deep in preparations for the Harris Open Golf comp but was getting ready for heading south to once again represent Scotland in the Phoenix Cup, between disabled golfers representing Scotland, England, Wales and USA.

“Massive thanks to the Isle of Harris Golf Club for arranging and John Cunningham at Car Hire Hebrides for providing a van free of charge, which allows me to bring my own buggy. “Thanks also to the Lewis and Harris Sports Council for the financial support.”

Kenny told Team Scotland that he had a below knee amputation at the age of five, so knows nothing different and does not let his disability stop him from doing anything he wants to do.

He said: “After being at sea for many years I now work ashore as a harbour master in the Western Isles.

“While I did have a go at golf in my teens it was not until I was in my late twenties that I took up the game more regularly and joined the local golf club. A few years later I discovered Scottish Disability Golf and played in various competitions with them.

“Due to living on the Isle of Harris I do not play in as many events as I would like, but have been lucky enough to play in several team events for team Scotland. Without doubt it has been these team events that have been my favourite ever golfing experiences.”

He headed off to Birmingham with the good wishes of the island behind him, including from Harris Football Club, where he is club secretary.

Harris FC said: “Kenny drives the bus to away games and often runs the line amongst myriad other things.

“He is also vice-chair of the Lewis and Harris Sports Council and is an active member of the Harris Golf Club, so puts a phenomenal amount of his time towards bettering his community. And he has a nice dog. Good luck – we are very proud!”

The Phoenix Cup will be presented on Tuesday 16 August.