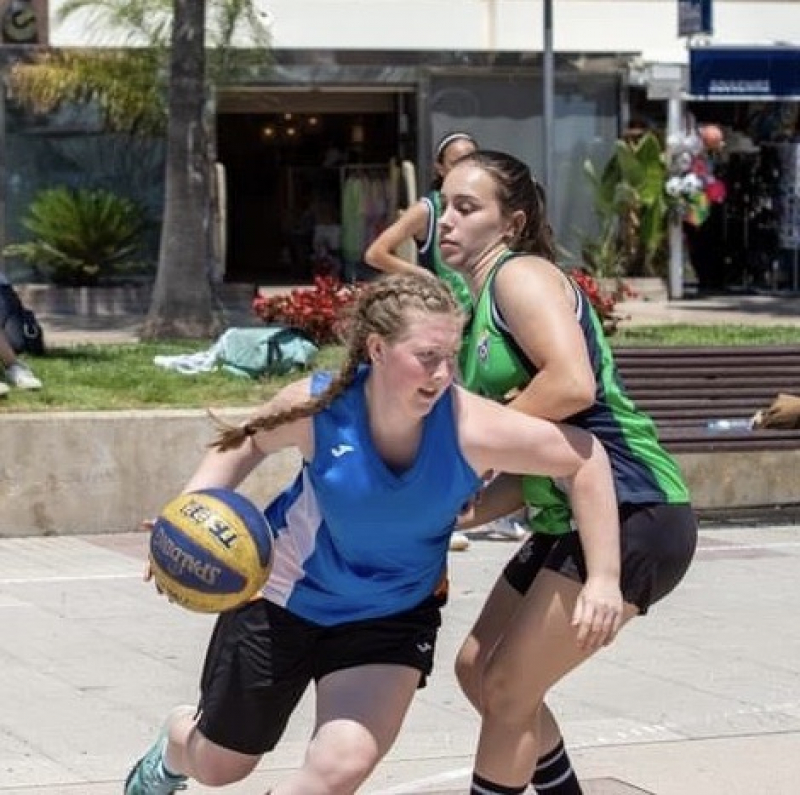 Heat is on for Amie

Uist athlete Amie Ringstead has had to get used to scorching temperatures as well as the heat of competition over the past two weeks, as she took part in a Basketball Scotland training fortnight in the sunshine of Barcelona.

Amie was picked as one of 117 players in a Scotland squad participating in an Erasmus Plus competition camp, competing as one of Scotland’s women’s under 18 team.

In a blog updated regularly for Uist and Barra Community Sports Hub, she detailed the hard work and excitement of participating in top level competition.

Basketball Scotland said as they announced the selected competitors: “For many, this will not only be the first time representing their country aboard, but also their first time ever getting to put on the Scotland jersey – a moment we know everyone is very excited for.

“The National Academy Erasmus Plus trips will give players an opportunity to experience an overseas, professional basketball environment, which will include plenty of learning, some games and cultural activities.”

After travelling from Benbecula to join the rest of the U18s Scotland squad in Glasgow, Amie continued travelling until her squad arrived at their training venue – albeit minus her bag.

High-intensity training sessions on the first day pushed her to the limits ahead of the first two games, on courts where temperatures were up to 40º.

Amie said: “Both the games were very high-paced. We narrowly lost both, but our team played amazing considering we had just got together for the first time on Saturday!

“Away from the court we were looked after really well by Basketball Scotland and tried some of the local food. There are a lot of fish dishes here and it has all been great!

“We also got the chance to wander round Girona. This is where scenes for the TV show Game of Thrones were filmed.”

The rest of the first week was extremely busy, starting with a game against a travelling USA squad. A beach visit and a day off training to explore Gaudi’s famous La Sagrada Familia cathedral followed, before gearing up once again for training sessions ahead of 3x3 competitions against Catalonia in Salou.

Amie said: “This was an amazing opportunity to play a completely different type of basketball against really high-level opponents. Although I have been familiar with 3v3 back home, my only real source of team basketball for the last two years has been 3v3 with my brothers and a few other Uist basketball enthusiasts.

“There were five Scottish teams in the tournament and I was part of one of two Scottish teams to reach the semi-finals. Unfortunately we missed out narrowly to a Spanish team but it was a great performance by everyone on the court.

“It is so hot here... so challenging to play in. The coaches have been telling us to use it as an opportunity to test our focus and block it out while playing outside. The only problem is that no matter how much sun cream I put on I still ended up burnt!” 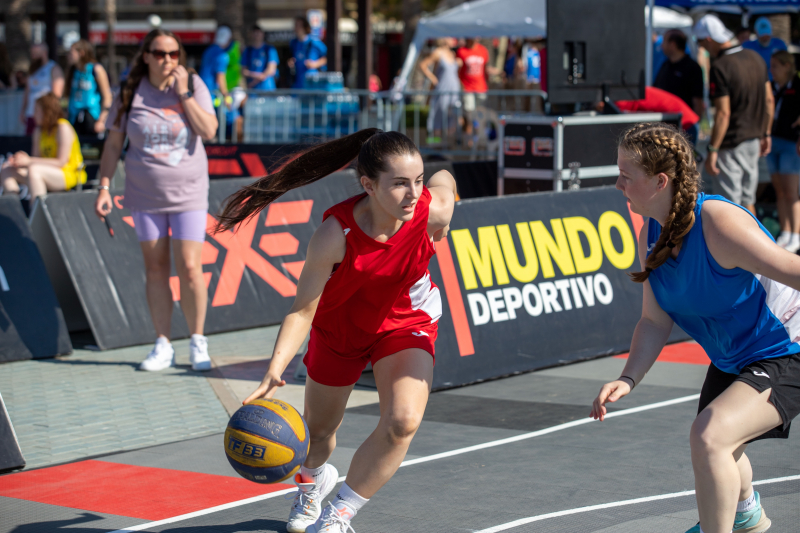 The second week was as intense as the first, travelling to watch the Scotland wheelchair basketball team play Barcelona in an atmosphere she described as ‘unbelievable’.

Then, she said: “On Wednesday we trained hard in the morning. I mean really hard - it was physically and emotionally draining. Although it was tough I realised that this is what it takes to be at the top of your sport so brushed off the negativity and supported the rest of the squad to get through it.

“We played in the evening and it was our best performance of the tour so far. We smashed it, winning the game comfortably after playing some really top basketball. Everybody left with a smile on their face, remembering why we love basketball.

“Thursday was our last day at the camp, but there was no time to drop our standards. We trained with high intensity in the morning in preparation for our final match that evening.

“The performance was strong in the evening with our offence on point and our defence robust, using all that we learnt this week to finish on a high.”

Uist and Barra Sports Hub said: “Over the last five years Amie has been super-dedicated to her sport and has travelled regularly to the mainland for regional/national academies as well as playing for Inverness Lions U16s prior to the Covid-19 lockdowns.

“She has been supported throughout her journey by the Comhairle nan Eilean Siar sport and health team’s ATAS funding stream, the Uist and Barra Sports Council and Sportscotland's performance development programme.”

Pictures show Amie in action during the Barcelona camp and with her 3x3 team (Uist and Barra Sports Hub and Basketball Scotland).