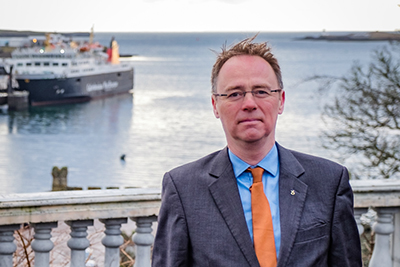 A most unusual situation has arisen on the West Side of Lewis in relation to a public meeting called for Monday night in Barvas.

This concerns the offshore wind farm being planned for part of the Atlantic coast of Lewis.

There are posters and leaflets being distributed claiming that a local councillor and an MSP are hosting a public meeting in Barvas on Monday night.

"This is not the case at all," they say.

Alasdair Allan, MSP, says: “I’m aware that posters and leaflets are going around the West Side and Ness that suggest myself and Cllr John Norman MacLeod (Corrags) are hosting a public meeting on Monday night.

"Since neither of us are attending any meeting that evening, this came as something of a surprise.

“A constituent recently got in touch with my office to request an in-person meeting. I try to be as accessible as possible so was happy to agree and suggested a time and date. This individual used that time to book a hall and a public meeting was then advertised - despite my office being quite clear that wasn’t a meeting of that sort which we had agreed to.

"We asked things like what would be discussed at the meeting, who was being invited, who would chair it, if this was being organised on a community group, all without getting any kind of answer.

“I have made it clear I can’t go and have asked the individual in question to withdraw the leaflets and posters that suggest I am.

"However, this is not something I have any control over. I’m concerned that residents are being invited to a meeting which doesn’t seem to be real, and has certainly not been organised by either myself or the area’s councillors.

“I appreciate there are a variety of local concerns about the offshore wind proposals through ScotWind. While this project is at a very early stage of development, I have been in discussions with the An Taobh Siar agus Nis councillors about what we can do to get answers to the many questions residents will have.

"We are looking to bring Marine Scotland, who are the planning authority for offshore developments, up for a series of information sessions and public meetings in due course.

“However, that is not taking place on Monday so please disregard anything you see that suggests it is.

"I will be Bragar and Arnol on Monday afternoon and I’m happy to meet with anyone who wants to raise an issue with me.

"Please email This email address is being protected from spambots. You need JavaScript enabled to view it. or phone my office on 01851 700357 to arrange an appointment."

welovestornoway.com understands that all three of the councillors for the West Side are in accord with this statement which was issued by the MSP this afternoon (Saturday July 2)

In addition, it is understood that as Councillor John Norman MacLeod is on the planning committee of Comhairle nan Eilean Siar, there are no permissible circumstances where he could have attended such a meeting involving a planning proposal.

Writing on Twitter in response the publication of this article and the MSP's statement, Councillor Domhnall MacSween stated:" I agree completely with @alasdairallan on this and thanks for discussing it with the local councillors in advance.

"I agree that we need public meeting(s) on this but they need to be proper meetings, with the right people in attendance, not like this."

Below is an example of one of the posters. 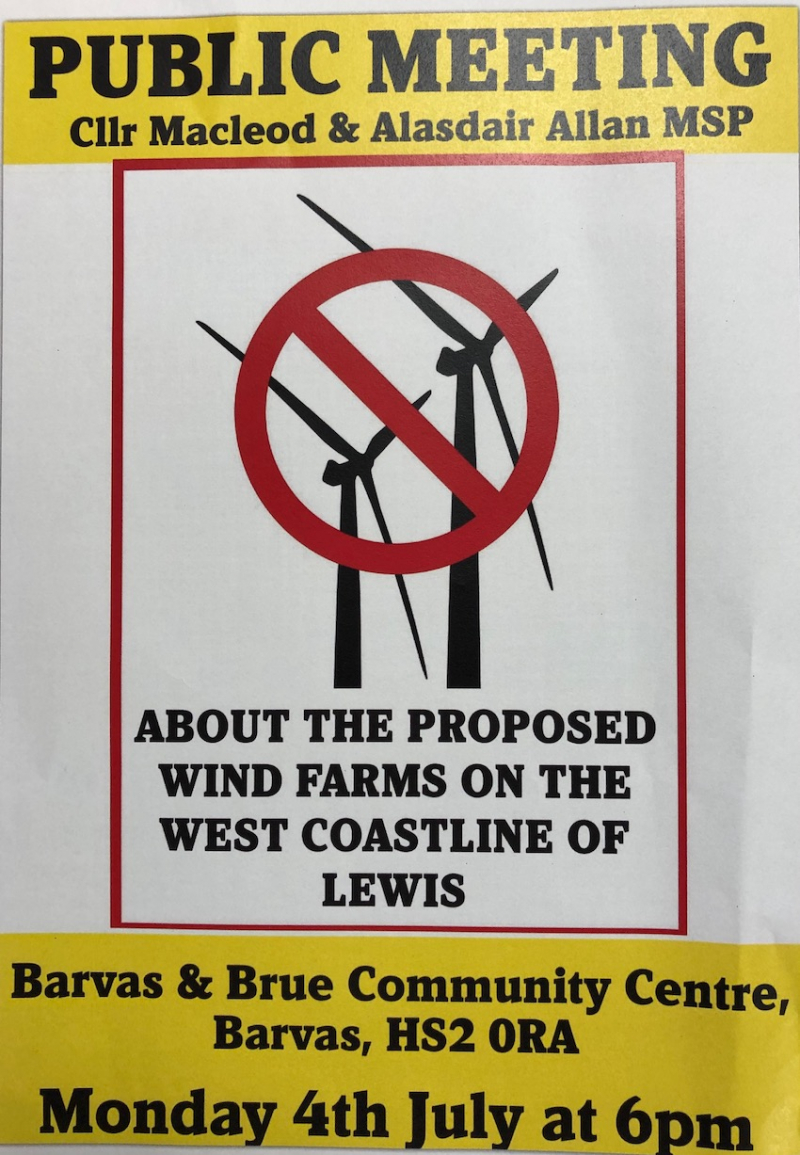