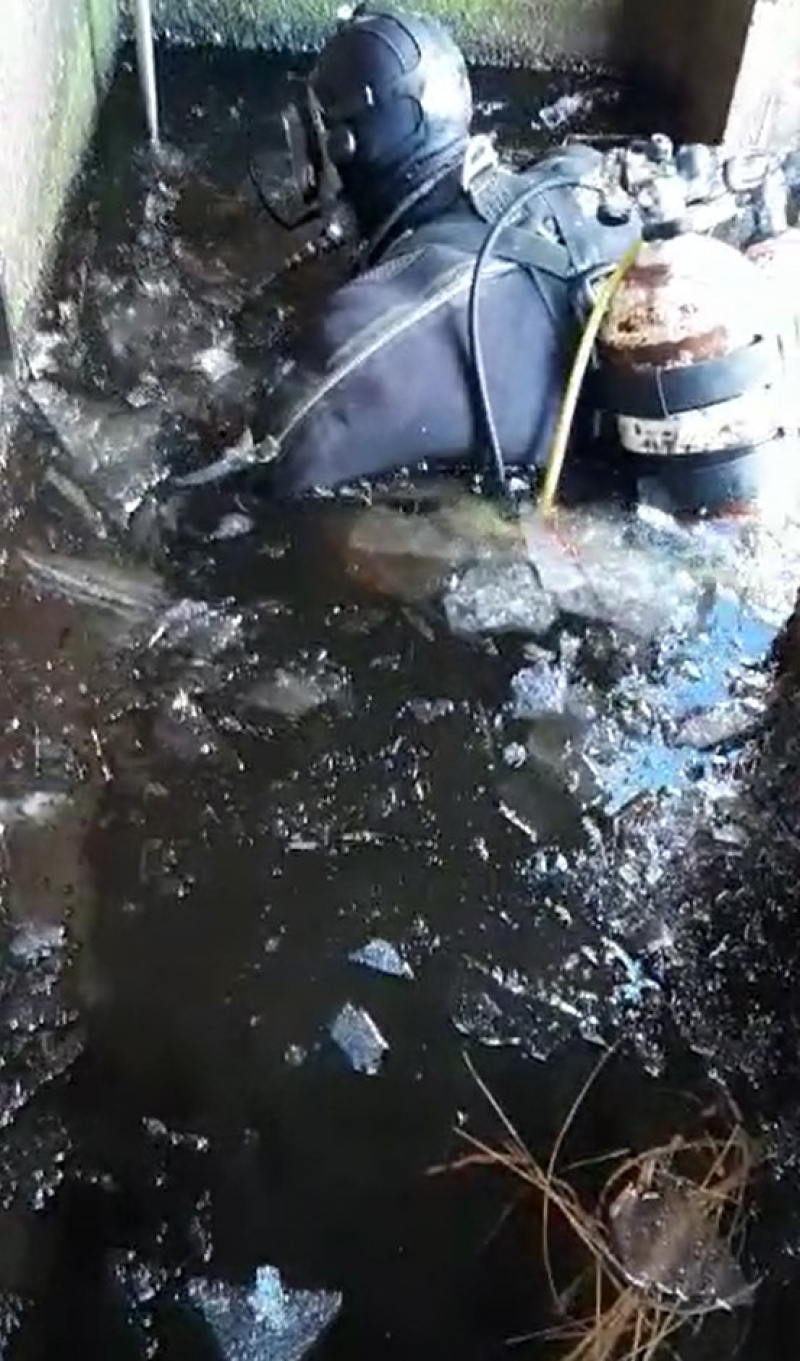 And the two island diving teams who faced up to the freezing challenge have won accolades from senior officers at the utility company, who were wrestling with similar challenges across the country.

Parts of Scotland suffered their lowest temperatures in 25 years during the freeze between 12 and 14 February, with Scottish Water working hard to keep the water supply clear of ice, even in the normally temperate Western Isles. 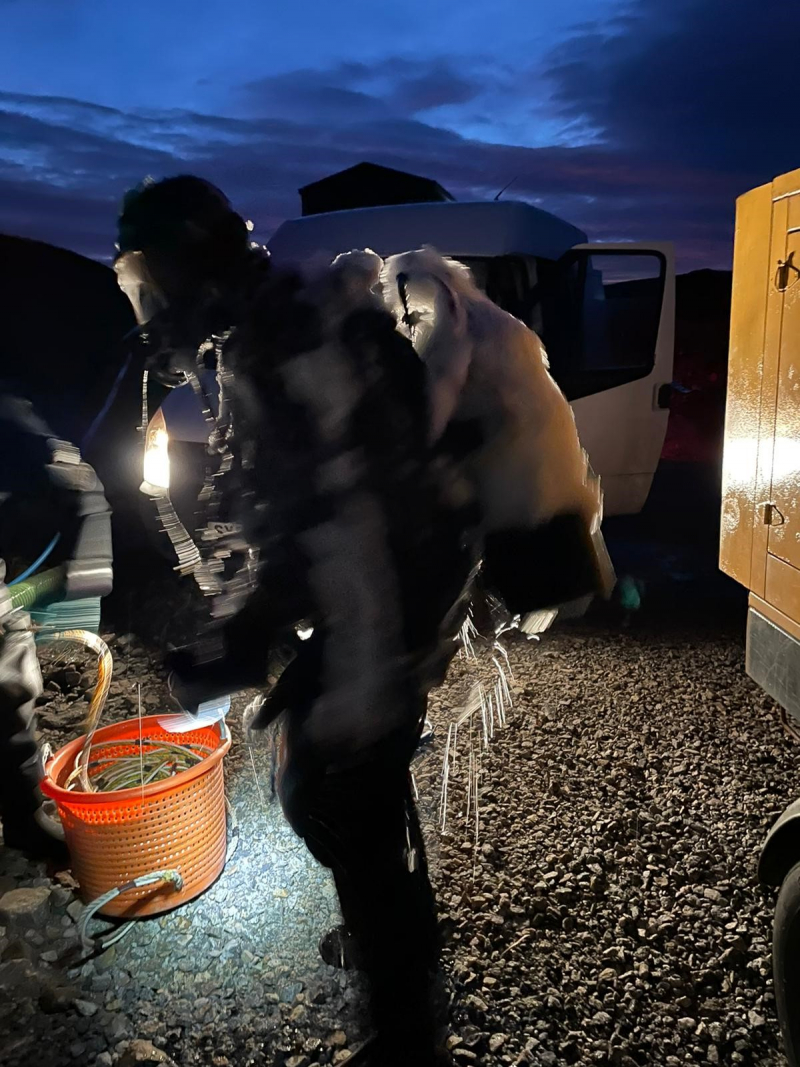 Professional divers more used to inspecting salmon cages in seawater lochs were called in, with divers from Lochs Diving Services bashing through lumps of ice to maintain customer supplies in Ness and Stornoway.

The biggest challenge was faced by Benbecula-based diving company NDUS, who were on watch day and night at Lochmaddy in North Uist, with two dive teams breaking the ice for over 48 hours in Loch Fada.

Mark MacInnes of NDUS was one of the original team of four divers who were on site from the early hours of Friday 12 February.

He said: “Usually it’s seawater we’re working in, so the temperatures don’t go much below around 6 degrees Celsius, even in winter. The water temperature in Loch Fada overnight was down between -3 and -4 degrees Celsius.

“We only had about four inches of visibility in the loch during the daytime, and even less at night, so we had to find and clear the intakes using our hands. You lose a lot of feeling and dexterity at that kind of temperature which makes it harder. 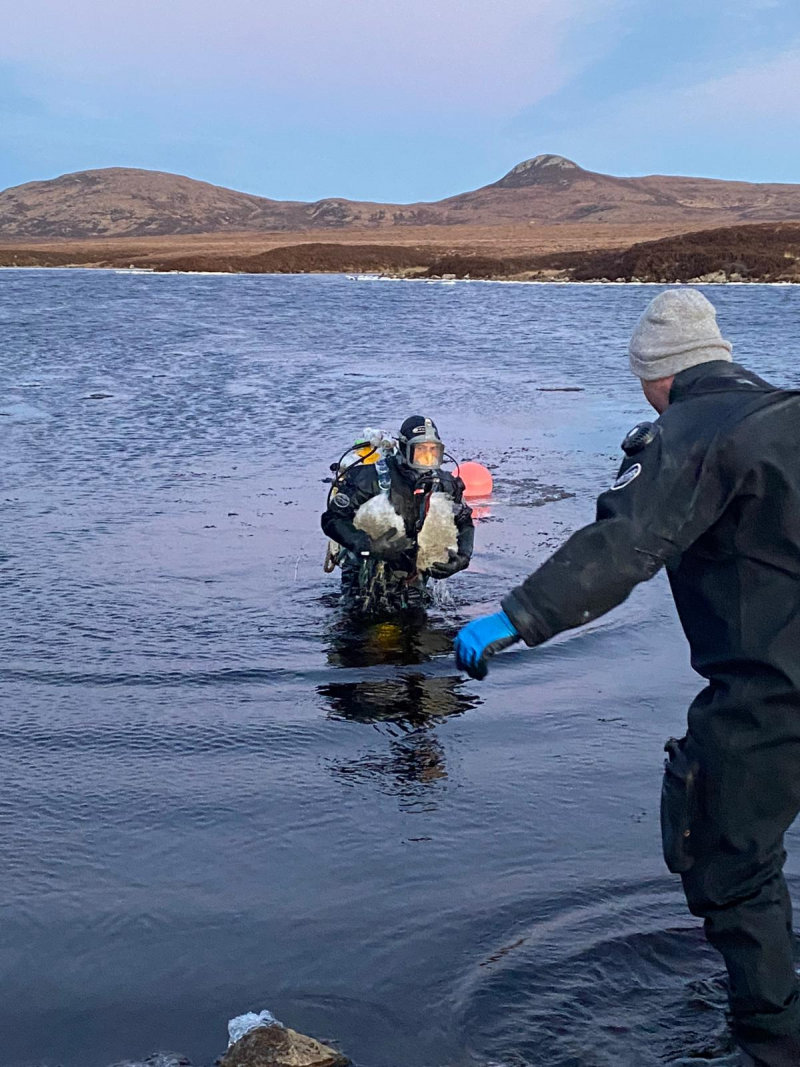 “There are filter screens at the end of the intake pipe that extend on either side, with fine holes to stop debris being drawn into the pumps. As soon as slush from the loch was coming into contact with the screen, the holes were icing over.

“As we worked through the night, one side of the screens was freezing over as fast as you could clear the other. We set up a net around the screens with ropes to the surface, which helped slow down the formation of ice and reduce the frequency of having to go into the loch.

“That meant we could get up to the water treatment works and get warm in between dives. We just had to keep watching the flow into the pumping station to know when we had to go and clear the screens again.

“The biggest challenge without a doubt was the cold and the long hours. My team of four are all new dads, so in the last year we’ve all had some training for being up at all hours through the night and getting by with little sleep. 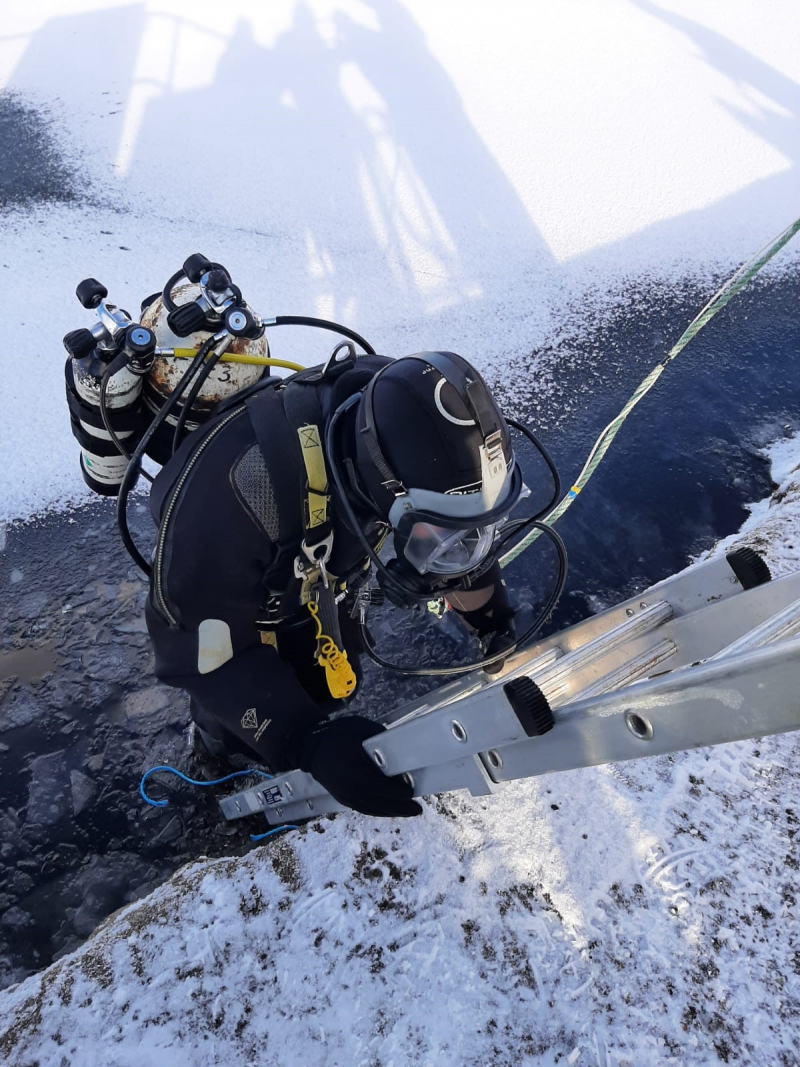 “My whole family live in the communities served by Lochmaddy, so we knew how important it was to get everyone’s water supply back to normal.”

Scottish Water’s operations team leader Peter MacNab said: “The situation we faced two weeks ago was a real test for our dedicated local team. The duration and the extent of the challenges we faced across the islands called for a marathon effort.

“The commitment of our people to the essential role we play, and to finding solutions under pressure, was critical to success over four very long days and nights.

“When we most needed it, we couldn’t have asked for stronger support from so many local businesses and partner organisations.

“I particularly want to recognise the extraordinary effort of the divers from NDUS and Lochs Diving Services to get the water flowing again for our customers. The photos of the conditions they worked through speak for themselves.”

The pictures show divers working in the most arduous conditions at Loch Fada in North Uist and at Ness in Lewis. 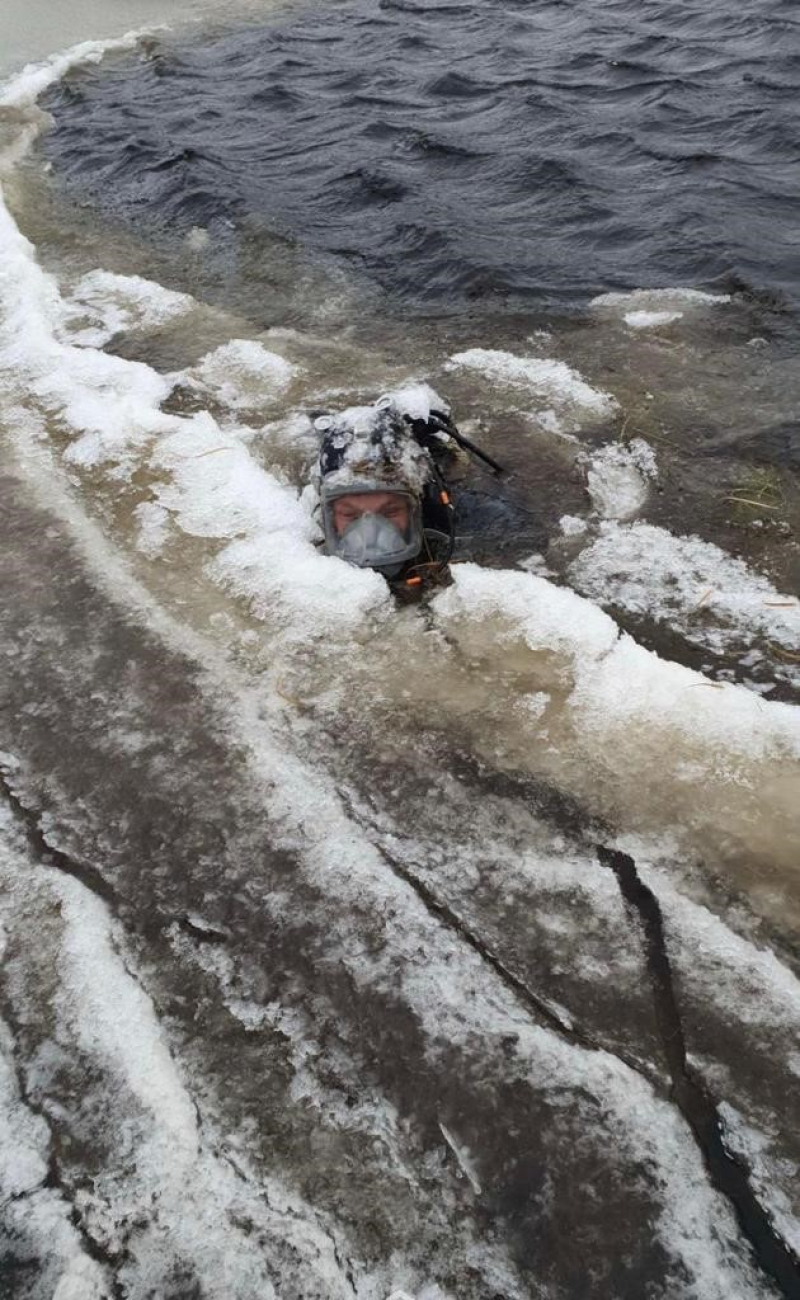