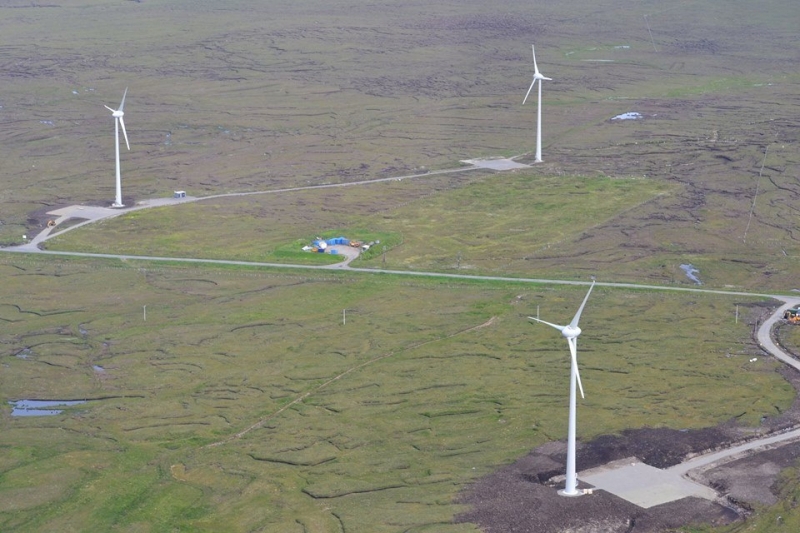 Communities across Lewis and Harris have been dealt a major blow by the failure of the subsea cable between the islands and the mainland grid, losing their ability to export renewable electricity from local wind turbine production and the vital income it brings.

In a change to the normal protocols, community generators have been permitted to operate at minimal output during this outage while SSE attempts to resolve the subsea cable fault.

But representatives of one Lewis windpower company said today (Wednesday 21 October) that this is scant consolation, given the hundreds of thousands of pounds that are likely be lost each month while the cable is out of operation.

Urras Oighreachd Ghabhsainn (Galson Estate Trust) in north-west Lewis is one of the local beneficiaries of renewable energy income and could lose out considerably over the coming winter period.

Agnes Rennie, chair of Urras Oighreachd Ghabhsainn, said: “It’s very disappointing to see this problem arise when so much effort has been invested by community organisations such as ours to achieve a transformational income source.

“We are all hoping that this fault can be rectified soon and it will still be possible to capture a good slice of wind energy production over the winter. We have benefited greatly from the turbines up till now, allowing us to build up strong reserves that will sustain our key functions in the weeks ahead while we wait.”

Winter wind speeds are critical to the profitability of locally-owned turbines, which provide much-needed income to communities across the island.

Wind farm operating company Galson Energy has been able to distribute nearly £400,000 to the Galson Estate community during its first six years in operation.

But the company’s annual revenue projections, and available funds, will be undermined by a lengthy outage. Insurance policies are in place to assist with loss of revenue, but these do not come into effect until a full month has elapsed and will be based on estimates, assuming the insurers accept the cause as an insured risk. Bank loan payments will be the first call on any income received by community generators.

Galson Energy chair Carola Bell said: “The majority of annual income is earned over the winter, so the timing of the cable fault is very concerning. As winds generally become stronger from October onwards, the length of this particular outage becomes critical.

“December and January tend to be the peak of production, so missing out on these months especially would be financially damaging. Should this outage continue for some time, losing out on a major portion of income over the key winter months will seriously undermine the company’s ability to pass income to the community during this unprecedented time of concern for many people.”

In their statement today, a Galson Energy spokesperson said: “Community generators have long recognised that the Western Isles electricity network has suffered from a serious lack of investment over many years and the subsea cable is part of this fragile infrastructure.

“Installed in 1990, it should typically have been replaced by now. Apart from its uncertain condition, its comparatively low capacity constrains the amount of electricity that can be exported to the mainland power grid.

“Community generators are strongly of the view that any plans for replacement should include a larger capacity cable, increasing it beyond the current 33kV to be more consistent with the capacity of overhead lines joining at either end.”

Urras Oighreachd Ghabhsainn is the community landowner which led the development of three 900kW wind turbines at Ballantrushal, to provide an income stream for the Galson Estate.