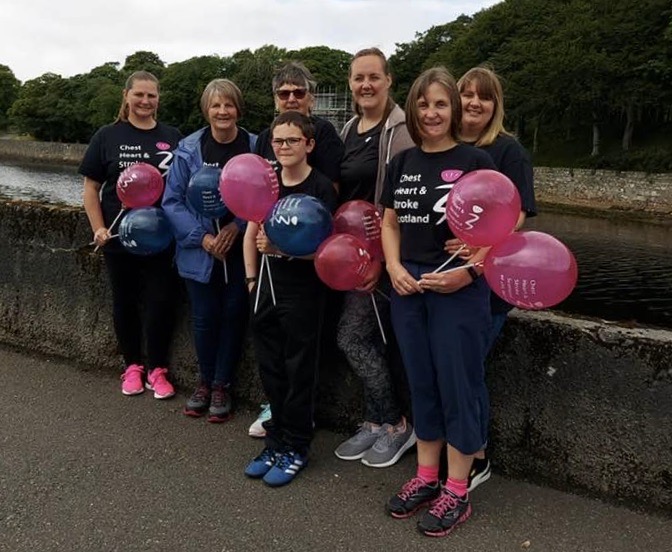 A month described as ‘soggy, midgie-ridden and horrible’ has been beaten into submission by a bunch of hardy walkers, who started July determined to walk 5k a day in aid of Chest Heart and Stroke Scotland’s work in the Western Isles.

Sisters Pat Macaskill and Anne Macleod featured on welovestornoway.com on 30 June, when they pledged to walk their 5k a day every day in the month of July, together with children, grandchildren, dogs and any friends who wished to join them.

Exactly 31 days later the sisters declared their challenge over, having walked 155km in all kinds of weather and busted through their £1,000 target to reach a total so far of £1,665.

Pat had originally planned to walk 30 miles to raise funds as a tribute to her mum, Agnes Frobisher of Tong, who passed away 30 years ago after a stroke. The challenge was made extra poignant as Pat’s dad, Eric Frobisher, also passed away after a stroke and her brother Allan, who also stayed in Tong, died at the age of 57 after suffering a heart attack.

Pat and her family were supported by Western Isles CHSS co-ordinator Sonja Macleod, who set out to participate in her own 5k a day on July 1st, but sadly was defeated after two weeks, when she broke two toes in a kitchen accident!

Walking in Lewis were Pat, who stays in Gravir, her daughter Joanne in Leurbost, sons Simon (Stornoway), Alasdair and John (Gravir) and sister Anne with her daughters Mandy, Donna, Elaine and Annismarie. All walked in their own areas, together with other members of their own families, when they couldn’t walk as a team. 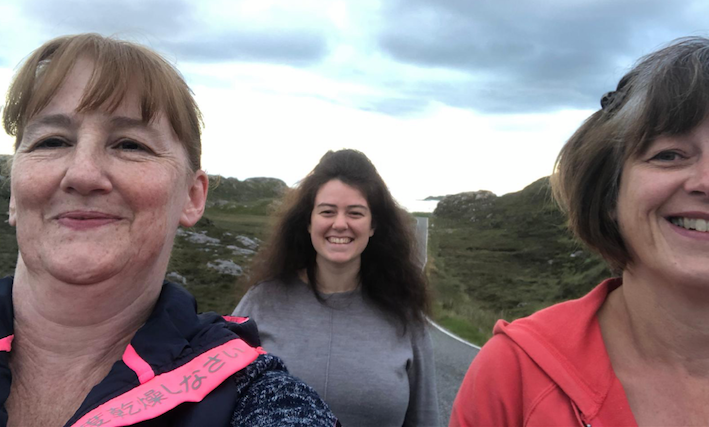 In Harris, seven redoubtable women also put on their walking shoes to tackled the 5k a day challenge in memory of Mairi ‘Strachan’ Macleod – mum, granny, sister, auntie and friend – who passed away suddenly in October 2018 after a stroke. 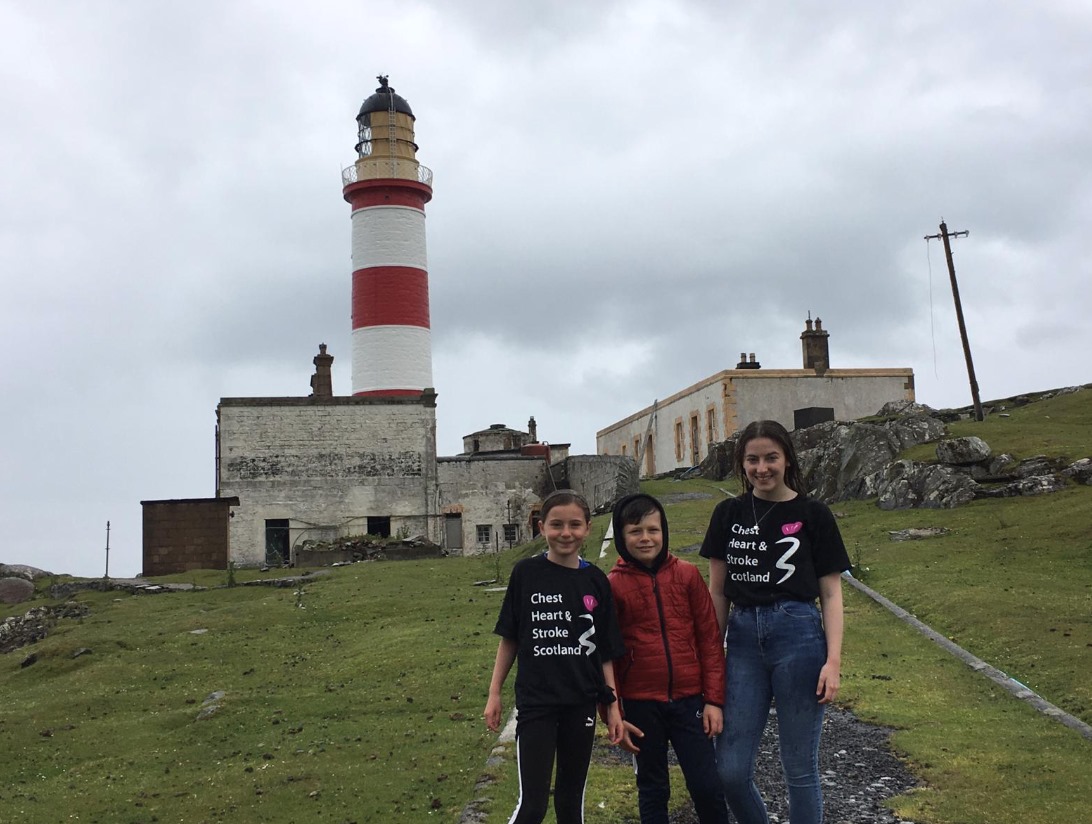 Team members Catriona Tennant, Iona Macleod, Margo Macleod, Marion Nicols, Ruth Macleod, Shonnag Macleod and Victoria Potter all tackled their ‘miles for Mairi’ together with their own families, sometimes as a team and sometimes in sub-groups.

But every one of them achieved 5k a day through July and their combined total raised is now heading towards double the target figure of £2,500, at £4,508.

The pictures show the two teams in action during their daily walks in Lewis, Harris and Scalpay throughout July.