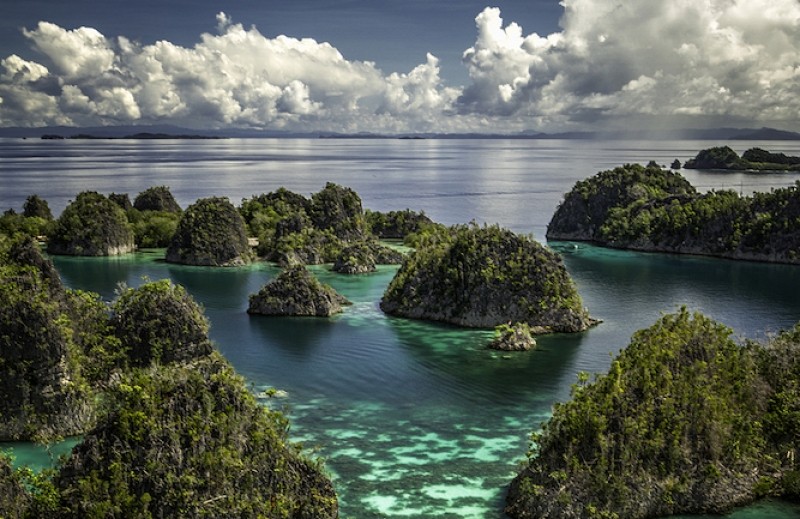 'Peter' finds himself in an unenviable dilemma in COVID-19 stricken Indonesia.

A consultant for a non-profit organization, Peter (not his real name) is stranded in a provincial city 26 miles south of the capital, Jakarta.

“Our situation right now is that we don’t want to leave at this very moment, but we also can’t leave when things escalate. My wife is from Thailand, and I am from the Netherlands. Both countries have barred entry for people that do not have long-term residency permits. So I can’t join my wife on a tourist visa to Thailand, and my wife can’t join me in the Netherlands. Hence, if we want to stay together, we will have to stay in Indonesia.”

But Indonesia is far from well-placed to handle a pandemic. Especially so when coinciding with an outbreak of dengue fever, a mosquito-borne tropical disease common in Asia and South America. According to Peter, Indonesia’s failure to act sooner was because there was a reluctance to take drastic action. However, he has doubts about the effectiveness of the lockdown introduced two weeks ago.

“A full lockdown won’t work here, anyway. People do need to eat, and usually, people here don’t follow any rules. So, whatever the government wants to do, nobody will listen, and it will be all in vain.

“The rainy season is now starting in Indonesia, so we are now seeing an increase in Dengue fever as well. This is a very bad combination and will put a lot of extra pressure on the health system again,” Peter says.

“What worries me the most is not so much the virus but the sentiment of some Indonesians. Especially on Java, there is this angry mob culture. Where a group of people can, all of a sudden, go mental and become violent. The other day there was a small group of students that tried to instigate unrest on Java. They were writing texts like ‘Kill the rich!’ on walls. This kind of sentiment is what worries me more than the actual virus,” comments Peter.

What has not helped matters was the initial wall of secrecy and denial around coronavirus in Indonesia. The real picture of coronavirus in Indonesia, though, is going to be awkward to ascertain as the country is in the bottom four countries for testing per capita. Worryingly, it is feared that only 3% of COVID-19 cases may have been discovered so far.

“According to the WHO, Indonesia has 1.3 physicians per 10,000 people. In the Netherlands, we have 39. That is 30-fold more doctors. That is a very sad number. Even worse is of all the people dying of COVID in Indonesia, around 10% is either a nurse or doctor.

“So the combination of poor diet and lifestyle, lacking a robust health care system, and disregard of government regulations, make for a huge disaster to come by the end of May.”

Officially, the COVID-19 death toll as of April 23 is 600, with around 7000 people infected. But with no routine testing of those who have died in a hospital or at home, the actual number may be far higher. If the 3% detection rate is correct, then there could already be more than 200,000 people infected, making a spike in COVID-19 cases almost inevitable. One potential driver of this spike, the annual ‘mudik’ or exodus to home villages at the end of Ramadan, may have been headed off. The government has just announced that anyone leaving their usual address for the mudik will face a year in jail and/or a 100 million IDR fine ( equivalent to £5226).

Unable to flee to Thailand, the Netherlands or a third country together, all Peter can do is throw a protective shield around his family and hope for the best.

The city in which they live has been in lockdown for a little over a week now. But Peter and his family have holed up at home for almost a month.

“We don’t go out that much anyway, so it doesn’t bother us. Traffic in Java is horrible with traffic jams, so the best thing to do to avoid wasting time is to order online. That is what we used to do before coronavirus, we just took it a step further, and now we order everything,” he explains.

“Most Indonesians, however, don’t have the luxury to be able to stay at home. They do need to eat and often don’t have savings, so they have no choice but to go to work. But a lot of people also don’t seem to care that much, especially men. Women seem to take the situation more seriously. Many people still go to their jobs, train stations are still loaded with people, and a lot of people still go to the mosque contrary to advice.”

Staying at home, then, is insulating Peter’s family from the virus to a large extent. But the poor healthcare available locally remains a worry.

Of more immediate concern, perhaps, is restricting screen time for the children and ensuring his 7-year-old son keeps on top of his schooling.

Says Peter: “I am now working from home. Luckily my work is mostly computer-based anyway so I can continue most of my tasks. So at 8 am I start my computer and set my son up for his morning school meeting. We sit together and work together until lunchtime. I am helping him with schooling more than I am doing my actual job. In the afternoon I help him for another hour until he is finished and then I start to become productive. On Fridays, I focus on his schooling only and don’t work at all which I swap for Saturday. So on Saturday, I can do a lot of the work for which I really need to concentrate.”

To ensure screen time does not become excessive under lockdown, Peter has introduced a badge system, for which he ordered in badges online. For each day they keep their screen time below one hour, excluding educational apps, they earn a badge. When they have amassed seven pins, they get a reward. In his son’s case, this was a piano learning app that he uses when he wakes up in the morning and when he goes to bed.

Despite their current predicament, Peter still hopes to stay on in Indonesia for a few more years once the pandemic has passed. “We enjoy living here. We are very happy with our children’s school. Indonesian people are extremely friendly, and working with them is quite a pleasure,” Peter beams.